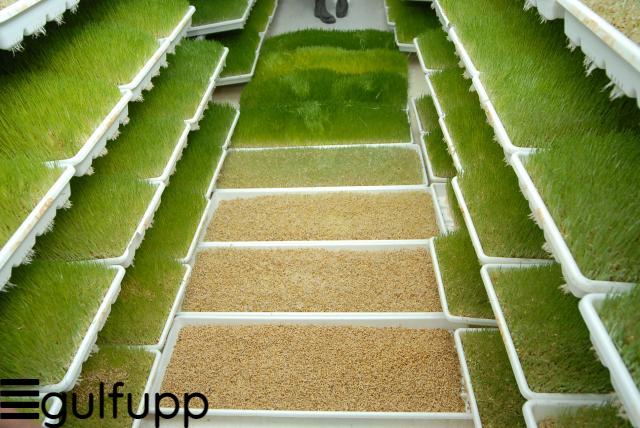 Feasibility study of the barley cultivation project. Cultivated barley contains vitamins and mineral salts that are important for animal nutrition, so it is one of the best fodders that are offered to animals. Recently, research has emerged confirming the need to use cultured barley and its derivatives as an alternative solution to animal protein because of the utmost importance it contains. The idea of ​​establishing this project has achieved great success in Canada and Australia, and such ideas must be applied in the Arab world, and therefore we present a feasibility study for the barley cultivation project in these lines.

This project is one of the new projects, especially since it needs technology and its applications, and it is one of the important projects for livestock, through which barley is used in the form of fodder for animals such as buffaloes, cows, and goats, and it can be used for birds, and the most important information about the barley breeding project we explain as follows:

See also: Feasibility study of the honey bee breeding project and the most important raw materials, requirements and products

The project needs careful study, especially since it is expensive and needs tools that depend on electricity, and the high costs of these costs require attention to the project in all its details. We explain the following the mechanism of the feasibility study of the barley cultivation project as follows:

It is possible to manufacture cultured barley rooms on an area of ​​about thirty-five meters, in order to produce a large amount of barley.
Also, the establishment of rooms for barley grown on one of the roofs of the house or a farm for cows or a farm for buffalo, goats or sheep, and every place that has an animal that eats barley, so the project needs to provide the largest amount of barley in agriculture, with the necessity of proportional lengths with width and height.

See also: Feasibility study of the wax manufacturing project with costs and all requirements

The project is based largely on the equipment and machines used, and they must be provided to ensure the continuity of the project and not to stop them, and to make sure that they are available in the markets at reasonable prices, and we provide the details of processing barley seedlings at these points:

Since the production is plant-based to provide it for livestock, specific conditions are required, through which cultured barley is produced, especially since with its success, the percentage of profits is large, and the market is in dire need of such products with the severe shortage in the amount of fodder and its high prices globally, we mention the following project rooms Barley dormancy:

How are cultured barley chambers made?

There are many companies that sell ready-made barley dormant rooms and they can be searched electronically when the room industry falters, especially since it needs proper care as it is a plant production project. As for how the cultured barley rooms are made, we explain them as follows:

The project is new and not old, so it needs to educate people about its importance as a substitute for relatively high fodder, and many people are unable to buy it, especially animal and bird breeders, in addition to the importance that accrues to animals and more milk production. As for the marketing method for the barley cultivation project, we explain it as follows:

Disadvantages of the barley cultivation project

Despite the importance of the project, it is one of the strategic grains that are included in the circle of food security for both humans and animals, in addition to that its water is used to treat coughs and reduce the temperature. The barley culture is as follows:

A feasibility study of the barley cultivation project, highlighting the importance of this project as it is a natural product and relying on it generates benefits that appear on animals and birds in terms of an increase in the consumption of milk and meat, in addition to that it is a project that generates large revenues and profits.